What property is covered under your homeowner’s insurance policy? 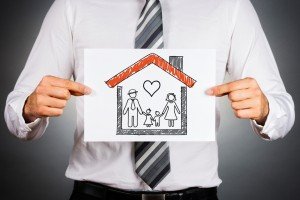 What property is covered under your homeowner’s insurance policy?

There are 4 categories that covered property is divided into. They are as follows:

Your property’s structure is regarded as a covered property.

This refers to separate structures form your property separated from the dwelling by a clear space or connected to the dwelling by a fence, utility line, or related connection. Examples include a detached garage, tool shed, driveway, swimming pool, gazebo, or fence.

Clothing, appliances, and furniture are considered personal property and are part of your home. Just keep in mind that not all of them are covered and that’s because some may require a different type of insurance. Some examples of different type include firearms, jewelry, and money.

If a covered peril triggers a loss and your property cannot be inhabited anymore, the insurance company is going to reimburse your living expenses. The reimbursement the insured receives will pay for maintaining a normal standard of living.

If you buy a package policy, then you need to be aware of the fact that you’re going to be covered for a wide range of perils, but not all of them. For instance, if you buy a homeowners insurance policy, then you’re covered for perils such as lighting, fire and you also get extended coverage. The latter covers you in the event, someone, breaks your windows, malicious mischief, vandalism, but also smoke, vehicle, aircraft, civil commotion, riot, explosions, hail, and windstorms.

Depending on the policy you get, such as flood or earthquake, you’re going to be covered for certain perils that aren’t generally included in a package policy. Sprinkler leakage and also fire damage caused by earthquakes can be covered by a typical homeowners insurance policy. To ensure that you buy the right one, you need to think about the extra perils you may face and double check what your chosen policy covers.

Regardless of the type of property insurance you have, it covers you in the event of fire damage. Based on your exposure level, it may be recommended to get a high deductible for coverage to be obtained or just make sure you can easily afford it.

In general, most policies are going to reimburse you for any losses you incur as a result of a tornado, but if the tornado causes a flood which eventually damages your property, then you’re not covered for the damages. It’s also important to know that tornadoes aren’t expressly referred to as a covered type of loss; the losses resulting from such natural disasters are considered a single event referred to as a windstorm. A windstorm includes a wide range of natural phenomena, such as hurricanes, straight-winds, and tornadoes. It is, however, possible that deductibles and coverage may apply exclusively to hurricanes and not windstorms.

The majority of property insurance policies cover you in the event you sustain losses from hurricanes, but you won’t be covered if the hurricane causes a flood that damages your property. On the other hand, there are cases when you have to consider a higher limit for the hurricane peril and that’s because the majority of policies provide minimal coverage for damages caused by such natural phenomena.

When you incur losses as a result of hail, there’s a good chance your policy can reimburse you for the damages. Since hail is considered a named peril, you need to ensure that it’s defined as a covered peril if you want to be properly covered under a Named Perils policy.

If you incur losses as a result of a flood, a typical insurance policy won’t cover you. To avoid that, it’s recommended that you buy a flood policy.

Most property insurance policies aren’t effective in the event you suffer losses that result from earthquakes. In this case, it’s best that you speak to your insurer to purchase an extra policy. Also, if you live in a state where earthquakes take place frequently, then there are special insurance plans (mandated by the government) that you can consider in order to benefit from proper coverage. These are especially useful if you cannot buy insurance through the voluntary market.

How Much Insurance Should You Get?

Based on the type of policy you opt for, you can take advantage of a few property coverage options, such as:

Based on how much coverage you go for when buying your policy, in the event, your experience a loss, the loss’ settlement is going to vary. This means it can be settled based on an actual cash value, repair cost or replacement cost basis.

Contrary to what some may believe, the replacement cost doesn’t describe your property’s tax assessed value or market value, but actually the amount of money required to replace it in case it’s damaged, with no reduction for depreciation.

Actual cash value refers to the amount of money required to replace your damaged home reduced by an allowance for depreciation. Repair or functional cost describes the cost required for repairing the damaged dwelling using equivalent materials. An example would be replacing drywall with plaster wall or vice versa. If you opt for stated value coverage, then you’re going to be reimbursed up until your policy’s limit, regardless if the loss is greater than the received reimbursement.

Based on the policy you want to go for, you can opt for actual cash value or replacement cost coverage.

Insurance to value ratio: What is it?

This ratio describes the relationship between your dwelling’s replacement value and the amount of insurance you bought. To properly insure your property for the right amount, you need to know its actual value; otherwise, you may risk opting for less coverage than what your home is worth. Another thing to bear in mind when calculating the replacement cost for your home is the fact that natural phenomena, such as wildfires, hurricanes, and earthquakes can make it hard to find labor and materials required to repair/rebuild your home.

You should also bear in mind that other policy limits that may apply to you represent a certain portion of the property coverage amount. For instance, your property’s coverage limit is generally half of your dwelling limit. Endorsements can facilitate the purchase of extra coverage and it’s generally maximized if you decide to buy replacement cost coverage for your personal belongings.