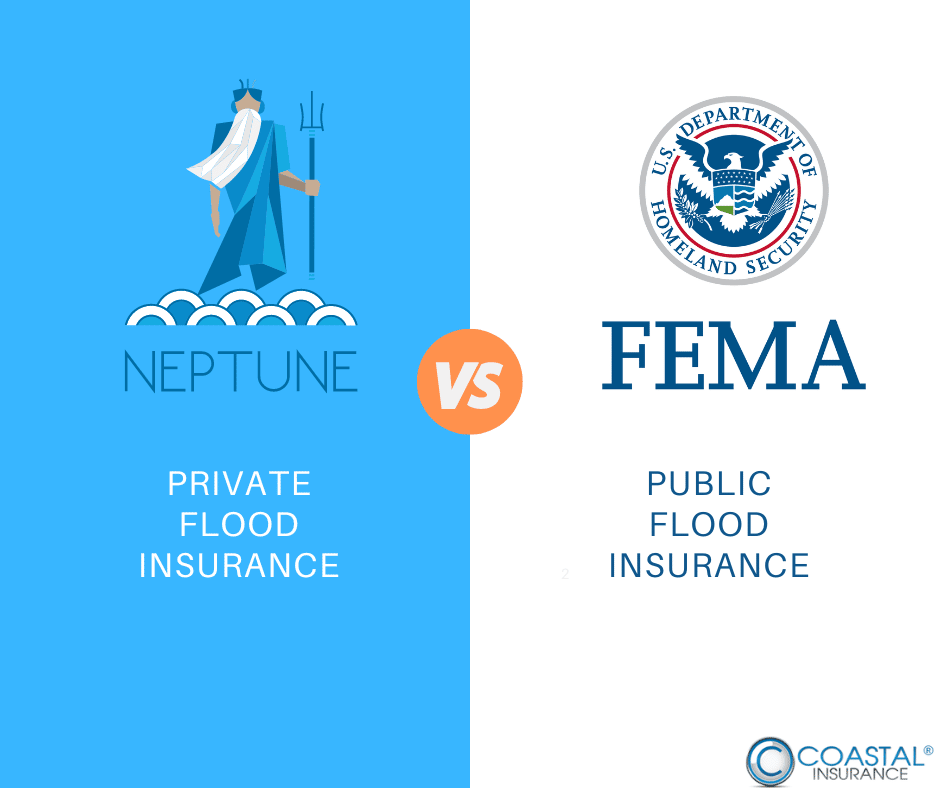 Both options have their pros and cons, so it’s important to weigh them carefully before making your decision. Let’s take a closer look at each one.

What is Flood Insurance and what does it cover?

Flood insurance is a type of insurance that helps to protect against damage caused by flooding. It can cover the cost of repairing or rebuilding your home and replacing certain personal belongings that were damaged or destroyed. The amount of coverage you need will depend on the value of your home, personal belongings, and the extent of the flood risk in your area.

If you don’t live in a coastal town, is flood insurance necessary? The answer is likely yes as flood damage from your home can happen in many ways.

Flood events include the following:

So, if you’re living in an area with a high risk of flooding (and, even if you don’t), it’s probably wise to consider flood insurance. As the saying goes, it’s better to be safe than sorry.

Public flood insurance is purchased through the NFIP — a government program administered by FEMA. The program was created to increase the availability to help people living in high-risk flood zones get insurance. However, any program designed for the masses is not going to be right for everyone. With the recent rating change to NFIP 2.0, those who had favorable rates could see an increase. Additionally, those who might expect a favorable rate may be surprised to see a rate that is higher than expected.

FEMA’s National Flood Insurance Program (NFIP) still serves as the base policy for most homes insured for flooding. The public program actively insures 3.4 million homes and covers 91% of the flood policies in the United States. For decades, flood insurance was considered too big a risk for most insurers, leaving homeowners with few options. With nearly 75% of declared disasters in the U.S. involving flooding and most flood-related risks not covered by standard homeowner or business insurance policies, the market gap left millions of property owners without viable coverage options. The NFIP was created in 1968 to address this market gap and offer universal access to flood coverage for U.S. homeowners and businesses.

Established in 2016, Neptune Flood Insurance redefines the flood market by bringing affordable coverage for high-value homes with potential savings of up to 25%. Neptune Flood leverages LiDAR technology, the same tech used by NASA and the US military, to build its flood risk maps. Using advanced technology makes it possible to predict flood risk more accurately, creating a market for private flood insurance policies that exceed the coverage of traditional NFIP policies.

Neptune’s policies are designed to be a plug-in replacement for NFIP policies, but with options to expand coverage limits and broaden policy coverage through customizable policy endorsements. With more innovative techniques to assess risk more accurately, this tech-savvy insurer offers higher available coverage limits, competitive rates, and coverage that addresses the gaps often left behind by traditional policies.

Don’t get caught in the eye of the storm, uninsured. Coastal Insurance works with the nation’s leading insurers for flood coverage and high-value home insurance. Our team of experienced agents will help you design a customized protection package that safeguards your lifestyle from floods, fires, and the unexpected at the best price possible. Contact the experts at Coastal Insurance today to learn more.